Woody’s innocence is all written down 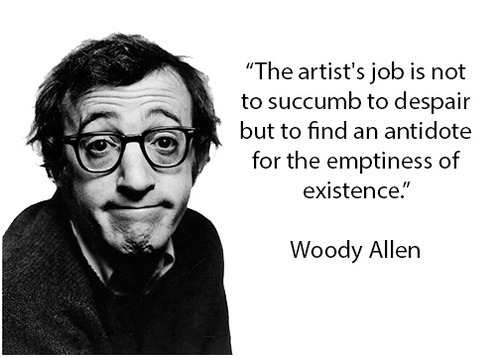 Sexual abuse and pedophilia are repugnant. But, are we going to condemn now everybody, the guilty and the innocent? Let’s face it: the accusations against Woody are goofy, inconsistent and ridiculous.

Woody’s case was fully investigated 25 years ago by doctors, psychologists, and investigators. After months of investigations the accusations were considered unfounded. Why? Simply because they were not true!

In 1993, after a 14 month-long investigation, the New York State child welfare investigators dropped their inquiry saying they considered the accusation against Woody unfounded, stating: “No credible evidence was found that the child named in this report has been abused or maltreated”. In addition, the doctor who headed the Connecticut investigation in 1993, Dr. John M. Leventhal, saw strong inconsistencies in Dylan Farrow’s statement and concluded that Dylan either invented the story or that this fantasy was planted in Dylan’s mind by her mother. Furthermore, the Yale-New Haven Hospital’s Child Sexual Abuse Clinic Evaluation of Dylan Farrow concluded that Dylan was not sexually abused: “It is our expert opinion that Dylan was not sexually abused by Mr. Allen”.

What do we actually have in Dylan’s story, a story she’ s been so eager to tell with great publicity and melodrama?

I. A 7 year-old child who grew up into a 32 year-old woman who probably believes what she is saying thanks to years of coaching, hatred, and brainwashing. Dylan has said about her own brother Moses: “He’s dead to me”. She has put lots of emphasis on critizicing the actors and actresses who have worked with Woody. I guess that in her world, if you are not with her, you are against her. Poor her. Moses Farrow (Dylan’s brother and Mia and Woody’s adopted son, who is close to Woody and does not see his mother) has said that the whole story about the train that Dylan has told over and over is a lie. In that attic, there were no trains. If there was no train, isn’t that a sign that Dylan story could have been fantasied?

II. A mother who was destroyed 25 years ago by the affair that her then boyfriend (yes, boyfriend, not husband: Woody and Mia never married and didn’t even live in the same house) began to have with her (and only her’s) adopted daughter Soon-Yi Previn (adoptive father is André Previn, NOT Woody Allen), which was 21 years old at the time. The humilliation was colossal, we understand that. From that moment, it seems that Mia started planning her revenge. She said to Woody (you can watch Woody’s interview here): “I have something very nasty planned for you”, and, most important and relevant to the story: “You took my daughter. I’m going to take yours”. Moses Farrow said in 2004: “My mother drummed it into me to hate my father for tearing apart the family (…) I see now that this was a vengeful way to pay him back for falling in love with Soon-Yi.”

I admire Mia Farrow as an actress and as a child human rights advocate, but, frankly, in this story she appears to me like the bad guy: a woman who seeks revenge for a love betrayal. She has been described by two of her children (Soon-Yi Previn and Moses Farrow) as an abusive mother. I truly believe that her biggest prey (used as a token of vengeance) has been her daughter Dylan. I’ve seen all the Woody Allen films and Mia is in many of the best ones, and I love her onscreen. Nevertheless, I’ve also watch some interviews and have read her tweets and her posts and, frankly, you can smell a lot of resentment and hatred over there.

III. An artist, Woody, who indeed fell in love with Mia and André Previn’s adopted daughter (which was quite shocking at the time) but who finally ended up marrying her and building a life and a family with her. Woody and Soon-Yi Previn are now together for 26 years. That, as Woody says, you may like it or not (he does not care at all), has nothing to do with the charges of child molestation that he got right after the Woody-Soon-Yi bomb exploded. Robert B. Weide (who directed the amazing Woody: A Documentary) wrote in 2014 a brilliant and clarifying article on people’s confusion on the Soon-Yi issue and the Dylan issue, where he also talks about Mia and Ronan’s (Mia and Frank Sinatra’s –yes, Sinatra’s: let’s speak openly here– son) energy for tweeting and posting against Woody. Today, if you read some of the thousands of comments on Woody on the internet, you can see how still people mix these two completely separate issues.

Another important detail here is that, generally, in cases of sexual abuse and pedophilia, the abuser has a record of more than one victim: that’s the case of Harvey Weinstein (more than 90 women), Bill Cosby (59 women and two 15 year-old girls) and Mia Farrow’s (yes, Mia’s) brother, who was condemned in 2013 to 10 years in prison for sexually abusing two boys during several years. Doesn’t Woody’s case sound pre-fabricated?

Moses Farrow defends Woody in all this mess and feels sorry for his sister Dylan (who, in return, said to him that he was dead to her, how nice): “‪What breaks my heart the most is that while Dylan believes what she says, I know from my own experience, that it simply never happened. So many times I saw my mother try to convince her that she was abused –and it worked. Some day, I hope she can escape from my mother, confront the truth and begin her own healing” (You can read more Posts about this issue on his Facebook page). Moses recalls living in fear under a physically and psychologically abusive mother in Eric Lax’s book Start to Finish: Woody Allen and the Art of Moviemaking.

As I said, Woody was investigated 26 years ago and found innocent. So, why is there this wave of garbage against Woody now? Because now it’s a fashion to talk against sexual abuse. And, hey, I am the first one who is against sexual abuse. Abusers and pedophiles have to be condemned. But, are we really going to condemn all men now? People are condemning so fast, without even knowing the story. That’s not justice. That’s bullshit. This made-up story by Dylan or by Mia or by Dylan and Mia is a disgrace to all the women and children who were actually abused! Some of the supporters of #TimesUp and #MeToo have completely sank for their unjustly denouncement of Woody. Those movements have now gotten their first black spot. And that spot really stinks.

I guess that everybody (especially all these stupid actors who have stabbed Woody in the back, who know nothing but have so much to say) can profit from a bomb like this. How convenient! So many tweets, posts, and statements! A great victory for Mia! Who has the guts to defend Woody against this creepy goofy story? I hope some actors break their silence and defend Woody soon (up to now, only Alec Baldwin has openly defend Woody). But, oh, boy, solidarity is really hard and nobody wants to make a wrong move that could harm their image. I guess this year I will not be watching (again) the stupid Oscars.

And what about the solidarity with Dylan, you could ask? Well, the problem here is that many of us don’t believe your story, Dylan. We don’t believe you are lying (lying is telling the opposite of what you actually think is true). Sadly, you probably believe all the crap you tell. How is it possible? Moses Farrow has the answer: by years of coaching and brainwashing. By whom? Your mother? Possibly. Creepy? Yes!

I’ve seen Dylan’s TV appearance with repulsion and sadness. The first thing that comes to my mind is: how is it possible that this woman desires to make justice to her apparent injustice by denouncing her father on TV instead of bringing him to trial? The answer is simple: she (and mommy) already tried (26 years ago) to legally acuse Woody but she (they) did not succeed in anything, because Woody was investigated and was found innocent of all accusations. So, what’s left to do? Destroy him in public. Destroy him in the media. Destroy his reputation and, if possible, his movies too. I don’t see any seek for justice here. I only see a seek for revenge. An ugly and sick seek for revenge. Also, apart from the incoherent story (both the place and time of the alleged molestation don’t make any sense), Dylan recalls that her father used to hug her in a weird way. That’s crooked! I didn’t know that in the States fathers can’t hug their daughters! Oh, boy, this only happens in America: it’s OK to throw two atomic bombs, but if you touch your child in a weird way then you can go to prison. Strange country…

Well, I don’t believe all this garbage. Because Woody’s innocence is all written down. He or she who does not want to see the proven facts and prefers to post and tweet crap about Woody has the right to do so. I’m going to continue enjoying his movies, his art, his music, his philosophy, and his genius, because he’s just a human being like you and me, complicated like you and me but he has never broken the law.

This wave against Woody Allen is a disgrace. It’s disgusting, opportunistic, hypocrite, stupid, and wrong. With time, all people who have condemned Woody in one second, all those actors and actresses that, opportunistically, have stabbed Woody in the back, will regret it. I only hope that Woody does not stop making movies because of this sea of lies. We need his art, we need his humour, we need his music, we need his philosophy, and we need his films. 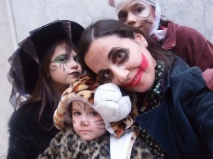 Before judging Woody and posting garbage about him, please read these links. Thanks!

Nanny Casts Doubt on Farrow Charges: Custody: She tells Allen’s lawyers the actress pressured her to support molestation accusations against him. She says others have reservations. Los Angeles Times, February 2, 1993

5 Responses to Woody’s innocence is all written down